In this episode, Brett talks about the Power of Giving 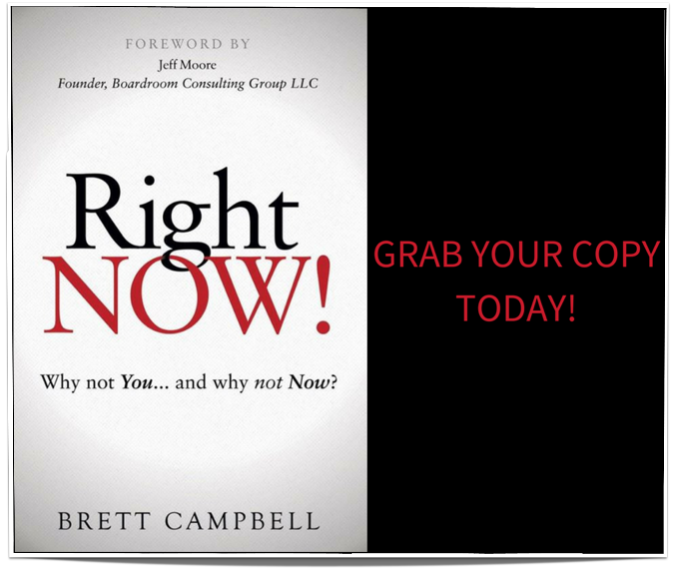 Hello, it’s Brett Campbell here and today I want to talk about the power of giving. I would to share with you a story that’s really close to my heart.

A few months ago my wife Emily and I were travelling in the beautiful country of Bali. If you have never been there, I would highly recommend you to go over there, despite all the possible bad media you may have heard about, but if you go to the right places, it’s absolutely beautiful. It’s almost like my second home. We like to spend a few days in the built up, busier area, around the shops and cafes and so forth. But we always like to spend a couple of days connecting with nature and ourselves in a more secluded area. We were spending a few days of what we would call ‘the seclusion component’ to our holiday. We were staying at a nice little resort in Uluwatu, which is at the bottom of the island.

After spending the day at the beach, we were cruising around the streets on our scooters and on our way back to the hotel to grab some lunch we noticed in the distance what looked like to be a small trailer moving very slowly, but as we proceeded closer, it was actually an elderly gentleman. If I have to predict the age, I have to say 70+ and on this gentleman’s back, I couldn’t believe it, there were literally bags and bags of things he was just carrying which ended up being every item that he owned. It was his life, he was walking around the streets with his life on his back and that really struck me. I thought wow! I have seen homeless people before but this particular person somehow just resonated with me.

As we proceeded closer, I did the check out, as you do and I looked down at his feet and he had no shoes on and literally his feet had dried blood from walking on stones, he had cracks and cuts in to his feet and I was thinking: ‘oh my gosh, this is horrific.’ He is carrying his life on his back, he was using an old stick as a walking stick, and I could tell his hips and everything were all out of alignment.

It just really touched me and Emily and we both thought lets go and get him some shoes, and tried to imagine what he would feel like, as it looked like he had never worn a pair of shoes in his life. We didn’t have any shoes to give him as we both had bare feet. The preference is don’t ride a scooter with bare feet but we thought when in Bali!

We jump back on the scooter and cruise back to the hotel and I grab my havianas/ thongs/jandals whatever you want to call them wherever you are,( for my American friends ‘flip flops), and we went back to find this gentlemen. And literally he had maybe moved about 40 meters and then we pulled over and we preceded to approach the gentlemen and say “hello” and he didn’t understand a word of English but there seems to be this universal language that everyone seems to understand and it’s the language of energy: you just feel when something is happening and this gentlemen, you can see in his eyes, they totally light up, because he knew that I think he knew what was about to happen, so I grab my thongs and I said that: “Look, we want to give you these.”

And we put them down on the ground in front of his feet and you can see he was struggling to even stand on one foot, he was out of balance, because again he was carrying his life on his back and he went to put on the thong and I can tell you he didn’t know really what to do, because the thong part lined up in the wrong toe and so we have to take it back off and almost do a shoe fitting on his foot. And at the time something happened that was quite remarkable; along the street there were residents who came out of their home, stopping to look at what was happening and were probably thinking “what are these guys doing”, and they stopped to look at what was happening, they could see what we were doing and a family down the road did a thumbs up to us and I thought that was awesome.

It really felt like we were doing something that was worthwhile and it was like a $30 pair of jandals. No love lost. We take off again on our scooters to get back around the corner to turn around and all of a sudden this guy had vanished. He had gotten into his new pair of jandals and was off. I am not sure where he went. I think he went into someone’s yard or whatever they call it there, or he walked down an alleyway and he was gone forever. But that lit up our day, lit us up for the entire rest of our holiday, because it was something that, even now lights me up when I am sharing this story with you. That comes back to simply, the power of giving; you are going to receive more in life, when you actually give more.

Think about when you give someone a gift and generally on a birthday or at Christmas time. How do you feel when you actually give a gift? I actually get more excited by giving a gift and seeing someone’s face and seeing their reaction, than actually receiving a gift myself. Think about being able to have the power of giving on a regular basis and I am not just talking about giving tangible things, I am talking about giving your time. Go and volunteer somewhere, help a friend with something, go and spend a day in their garden and help them pick weeds or whatever it is. Volunteer your time, volunteer your energy and that moment that we had with that elderly gentleman that was all about energy because he couldn’t communicate in the word, it was about energy, we could just see that he was extremely grateful for what had just happened.

Utilize the power of giving a moment, for example we could be sitting on a train and an elderly person comes in, get up out of your seat and give it to them. That is a moment, that’s something where you would be able to take away so many strong things and it will tell you a lot about yourself. So go out there throughout your day and look at where you can start creating moments that are going to create a snowball effect. If you receive, so if you are on the other end and you are receiving so much in life, the natural progression is for you to take that and think this is pretty cool, I’d like to be able to pass that on. That’s why there’s things called ‘pay it forward’ that help the world out as a whole.

So we are not just here out for ourselves, to live this amazing wonderful fulfilled life. How boring would that be if you were the only one doing it? We want to impart that, we want to inject that onto everyone else. How can I help someone else with the life of meaning? I am doing these videos because I really want to be able to impart on you, whether it is the story that you hear about the old man and giving away some thongs and it might trigger you into ‘that is pretty cool and I am going to go out and do something about all this’ and it again starts a snowball effect. So I really want you to think about the power of giving, where can you give more in your life, time, energy, whether it could be money, it could be resources, whatever it is. Search for those moments that are going to have a lasting impact.

I am Brett Campbell, thank you so much for watching, until next time go out there and live with intention, love with passion and NEVER give up on your dreams.